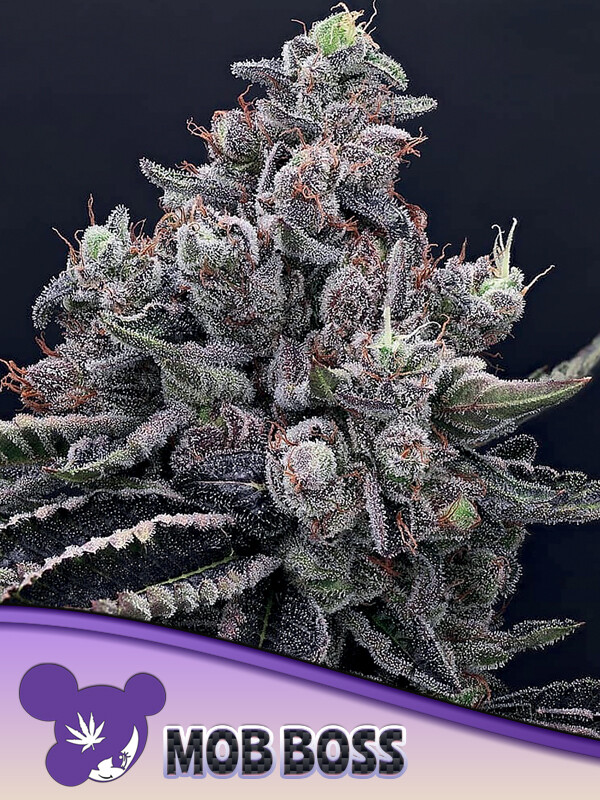 The rare Mob Boss genetics of Anesia is an extremely resinous, potent and high-yielding cannabis strain that sets new standards. To develop the Mob Boss strain ANESIA Seeds crossed a Chemdawg D with a Tang Tang and selected the resulting plants for potency and big yields over several generations. We stabilized the genes over many generations and have brought with it a true miracle of resin on the market.

Mob Boss has 2 phenotypes, which differ slightly in growing and blooming period. The flowering time of the stocky growing variation is 60-65 days, while the higher growing pheno requires 5-10 days more to mature fully. During her flowering phase she produces yields of 700g per square meter. Outdoor she can be harvested in early October and you can look forward to about 800g per plant. Because of her huge resin production this strain is well suited for the production of BHO and other extractions.

Save this product for later
Display prices in: EUR